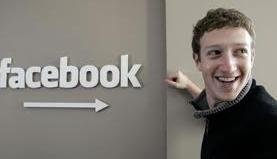 Mark Zuckerberg started this social networking site in the age of 22.He started for the youngsters and middle age people.Large number of users for Facebook from the countries are Brazil, India, Indonesia, Mexico and the United States.Most of the user are using Facebook app from those mobiles also.By the end of July Facebook hit 500 million users worldwide.This figure reached 900million by 2012 same month.user are upload the photos and share.Perday 1million photos are uploading to Facebook.Every user spend 15min time on Facebook that is average.

Facebook generating high revenue from the past 2 years.Facebook offer the promote the business and it will cover the range of users based on the promoting package.Facebook applications and integrated method are very useful for the developer..