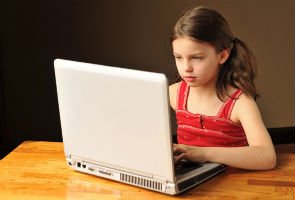 As per McAfee which is a cyber security, a survey conducted by this site the facts that are revealed are Indian children between the age of 8-12 years are attracted towards technology particularly social networking. They are endorsing Internet with the help of various devices, but using passwords which are predictable and risky.

The report which is generated by McAfee’s Tweens and Technology 2013, many of the children are chatting with an unknown persons which leads them to susceptible behavior from the opposite person. The devices that are using by the tweens to access the online is by Internet-enabled laptops, mobiles and desktops. Among them 61% using desktops, 40% using tablets and 68% using mobiles for communicating through internets.

It shows the aloofness of tweens in using internet as a social media of interaction with out any precautionary steps. As per the survey it shows that 58 percent tweens preferring low level or predictable passwords and 41 percent tweens are sharing their personal information to stranger through face book.

A survey was conducted by McAfee all over the India respondents from various cities like Mumbai, Kolkata, Chennai, Banglore, Delhi, Hyderabad and Ahmedabad which comprises of 572 male and 428 female.

Other Dangerous report that is generated from the US-based firm is that the Indian tweens are showing more interest to familiarize them selves with a non-familiar person and sharing their personal information which they don’t think it is risky or troublesome.

The tweens who speak to someone that they don’t know them previously is thirty six percent, where 26 percent people shared their information online and twenty two percent shared the information and they are aware that it is insecure.

As per the McAfee’s report Tweens are very particular about the type of activity that they perform with internet, when it comes to the home work they chooses desktops, but when it comes to sharing pictures or any other lump some data, they share through tablet which is makes their work easy.

The respondents covered from seventy percent, said they use desktops for home work related stuff where thirty eight percent use tablets. For playing games and sharing images 40% using desktops while the other half of the respondents uses tablets.