As per the Annual Windows Malware report released from Quick Heal shows the PC still continues to be the comprehensive target for the malware authors. As per the report generated by the Quick Heal center’s Research and Development – R&D centers in India is a fully significant research.

“Research and Development Lab is unable to crumble the extent and depth of the cyber attacks that are being reported. Report which is developed by us is the final and comprehensive coverage of the complaints that are registered under Windows and Android platforms. It is our duty as reporters to minimize the attacks in future trends of 2014” says Sanjay Katkar, Technical Director and CTO, Quick Heal Technologies. “Still Windows XP holds 30% of market share. In April 2014,Microsoft is about to withdraw the support for the most notorious Operating System, with this a serious problem regarding security aspects is going to arise for the machines which are still based on Windows XP and they are connected to the Internet with their system. There is also increase in Advanced Persistent Threats. The thing is not only with Windows there are also Apple Mac and iOS are also concentrating on 2014.”says Sanjay Katkar. 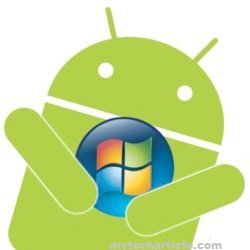 As per the report trends which are to be concentrated in 2014:

1. The support to the Windows XP and office 2003 reaching the end of the life which is concerned as the serious problem due to attacks.

2. Malware authors are attacked by social media and encourages them for malware, social engineering, spam and phishing attacks.

3. Advanced Persistent Threats (APTs) are the most frequent form of attacks that are currently being used for making money through malware.

4. It software companies highly prefer Ransomeware which is a type of attack that is problematic to control spreading to mobile phones.

5. The most popular technologies Apple Mac OS and iOS  are often targeted.

6. Most of the devices which are connected to the “Internet-of-things” are targeted more.

7. Strict security policies and execution is the main concern regarding the vast supply chain.

Rapid adaption of numerous technologies are the primary source to the increasing cyber criminals where they are getting more smarter by using the old techniques for the new softwares that are to be targeted.